On the 12/12/2012 the NSW health department launched their proactive response to the gaining popularity of sous vide at home and in restaurant kitchens.  The new guidelines are based for the main part off Douglas Baldwin’s works and charts, this is a very positive move by a health department and hopefully the other Australian health departments follow suit. 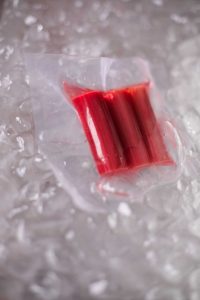 The conclusion sets out the basics

Conclusion
Sous vide seems like a new food service technology but it has a history spanning four
decades in France and two decades in other countries. It has been found in many markets including extended shelf life ready meals. Today it is used by catering companies, restaurants and, increasingly, home cooks.
Sous vide has concerned regulators at times during its history. There are risks with sous vide that must be managed. Leading sous vide chefs are aware of these risks and food safety has been prominent in their kitchens and recipe books. As far as can be determined from the scientific literature and foodborne illness databases, sous vide chefs have been successful in managing food safety and food poisoning attributed to sous vide has not been identified.
The risks associated with sous vide foods will be reduced if:
• thinner portions of food are prepared so that heating and cooling are rapid.
• water bath temperatures of at least 55°C are used so that the growth of Clostridium
perfringens is first prevented and then destruction of the cells commences.
• the time food is held at temperatures below 54.5°C during cooking is limited to 6
hours.
• professional equipment with adequate heating capacity and excellent temperature
control is used.
• water and/or food temperatures are checked using a tip sensitive digital
thermometer that is accurate to 0.1°C.
• prepared foods are not stored for extended times unless processes have been
validated.
• risks are not compounded. Cooking large portions of mechanically tenderised meat
for extended times at low temperatures would be irresponsible.
• if you choose to include on your menu foods that remain essentially raw they should only be served following a request by an informed, healthy adult who willingly accepts the risks associated with raw foods.
New practitioners of sous vide must be aware of the food safety risks and avoid overly experimental applications of the technology.
Nsw Government sous vide guide lines – the first ingredient is saftey is a one page guideline, both documents should be added to you food safety plan if you use the sous vide cooking method in your work place. 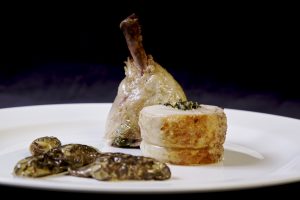